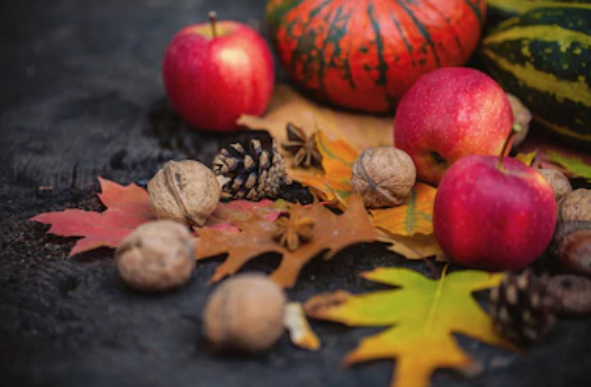 There are some sure signs that Thanksgiving is just around the corner: wild turkeys are on the move, often visible at roadside (or on the road) at this time of year; the cranberry harvest has begun; and fall colours are almost at their peak.

In honour of that belly-busting holiday, here are a few fun facts that you might not know about Muskoka’s turkeys or its cranberries.

Did you know that turkeys were extirpated from Ontario in the early 1900s thanks to unregulated hunting and forests that were cleared for agriculture? You wouldn’t know it today—a reintroduction program that began in 1984 was hugely successful and the 4,400 wild turkeys released then has grown into a population of more than 70,000 birds across the province.

Turkeys can run at speeds up to 40 kilometres per hour, although you’re more likely to find them sauntering. They seem to particularly enjoy a leisurely stroll when they are in front of your car.

…which means that despite their large size they can fly short distances.

Some people do still hunt turkeys, although most of us buy ready-to-cook domesticated birds from the grocery store, or maybe some tofurkey for the vegetarians and vegans among us.

Cranberries are a classic side dish for roast turkey, loved by some, reviled by others. (If you’re in the latter category, ditch the gelatinous canned stuff and try the recipe below. If it doesn’t convert you, nothing will!)

Did you know that Muskoka has its very own cranberry bog, or that cranberries are native only to North America?

In commercial cranberry operations, the berries are harvested in water to make picking easier: cranberries float.

Indigenous peoples used cranberries not only for food—pemmican is a mixture of dried meat and mashed cranberries—but they also used its juice as a natural dye.

Muskoka’s cranberries are celebrated every year during the Bala Cranberry Festival, which is held on the weekend following Thanksgiving.

And if you want to include some fresh, local cranberries in your Thanksgiving feast, try this recipe. It’s super easy and delicious, with just the right balance of sweet and tart. (Add more sugar to taste if you like it on the sweeter side.)